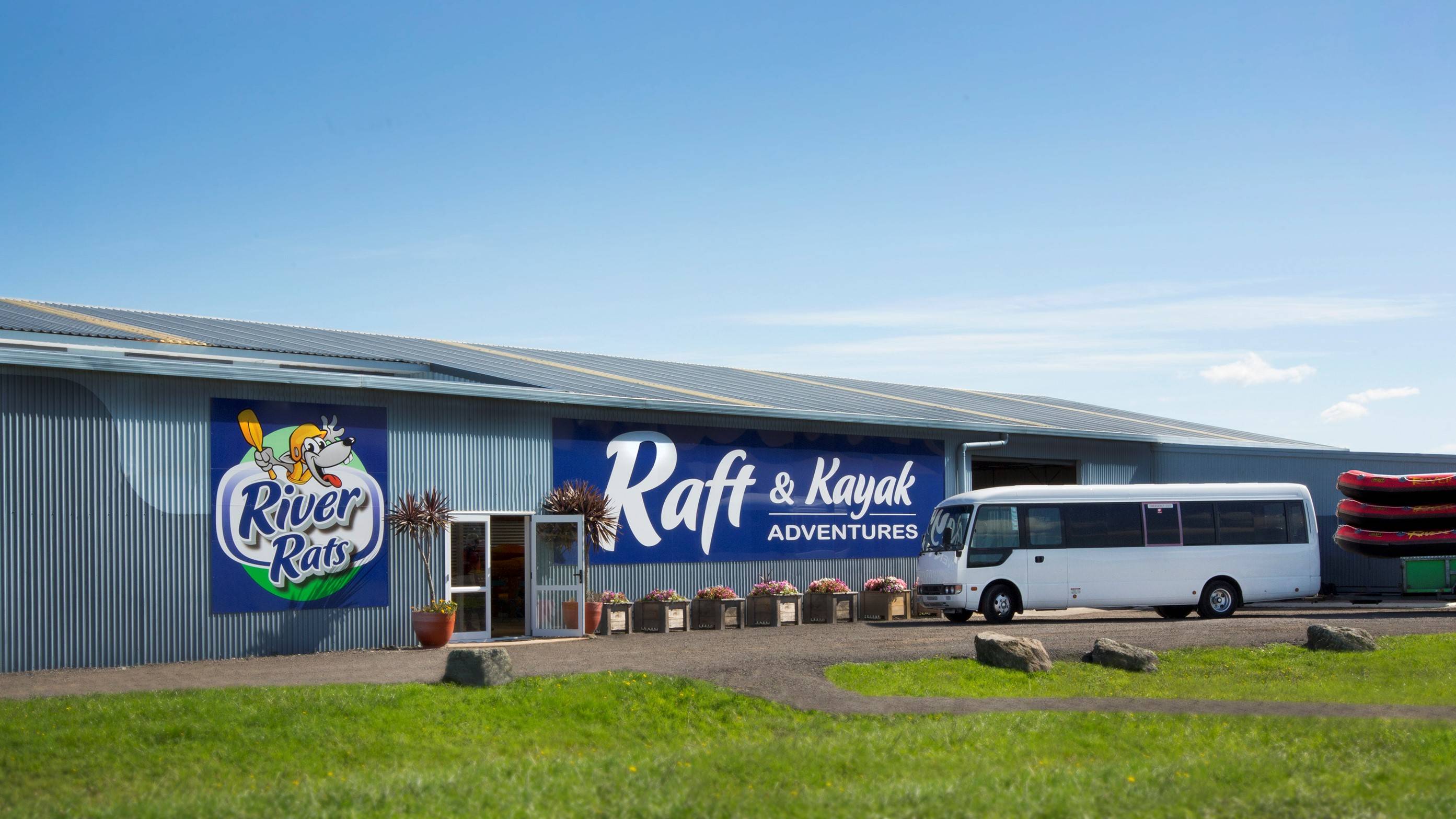 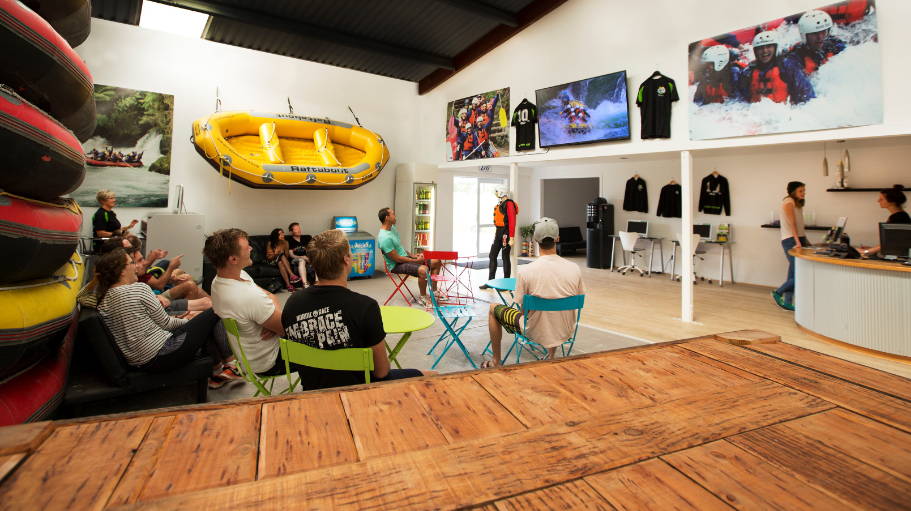 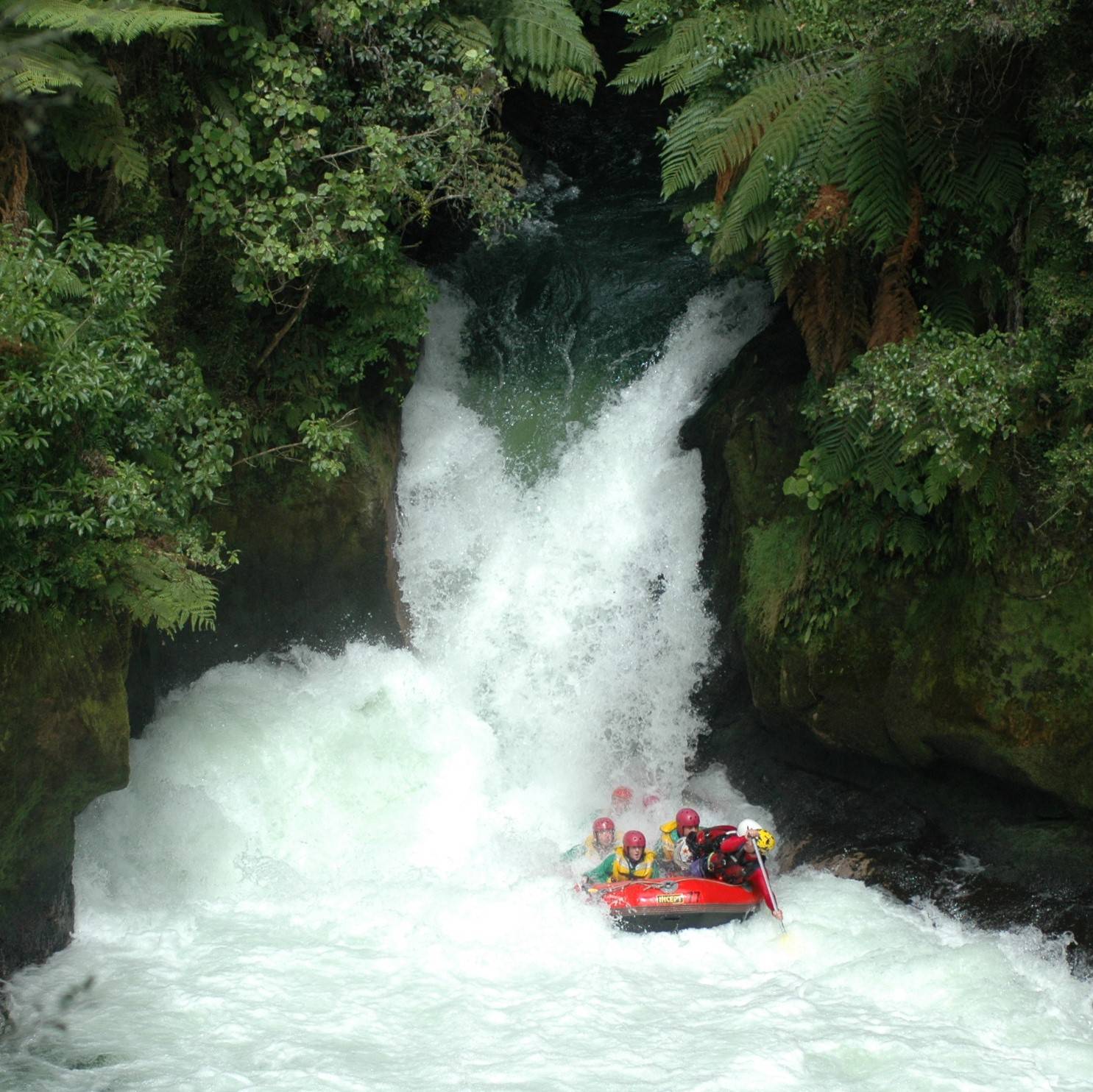 Rotorua is known as a bit of an adventure town to us Kiwi’s but there’s only so many times you can do the luge. This time, we wanted to do something a bit more edgy, a bit more extreme, so we gave White Water Rafting a go.

Arriving at their base camp, just 10 minutes from Central Rotorua, we were fitted for booties, life jackets and helmets. No need for wetsuits this summer! A quick shuttle to the river and we arrived at Kaituna. Time for a safety briefing, now luckily, we were given a briefing twice, one on dry land and another once you’re in the raft ready to go. I say lucky, as I was too excited to properly listen the first time – I was rearing to go. We learnt our commands and what the response to each would be, from ‘hold’ to ‘paddle forward/backward’ and ‘get down’ – still the scariest of them all.

Before we knew it, we were off! Rafting is really a team sport and we all had to work in unison to get to where we wanted to go. The first rapid quickly approached and if this was a sign of what was to come, we were in for a treat! Absolutely drenched but smiling ear to ear. 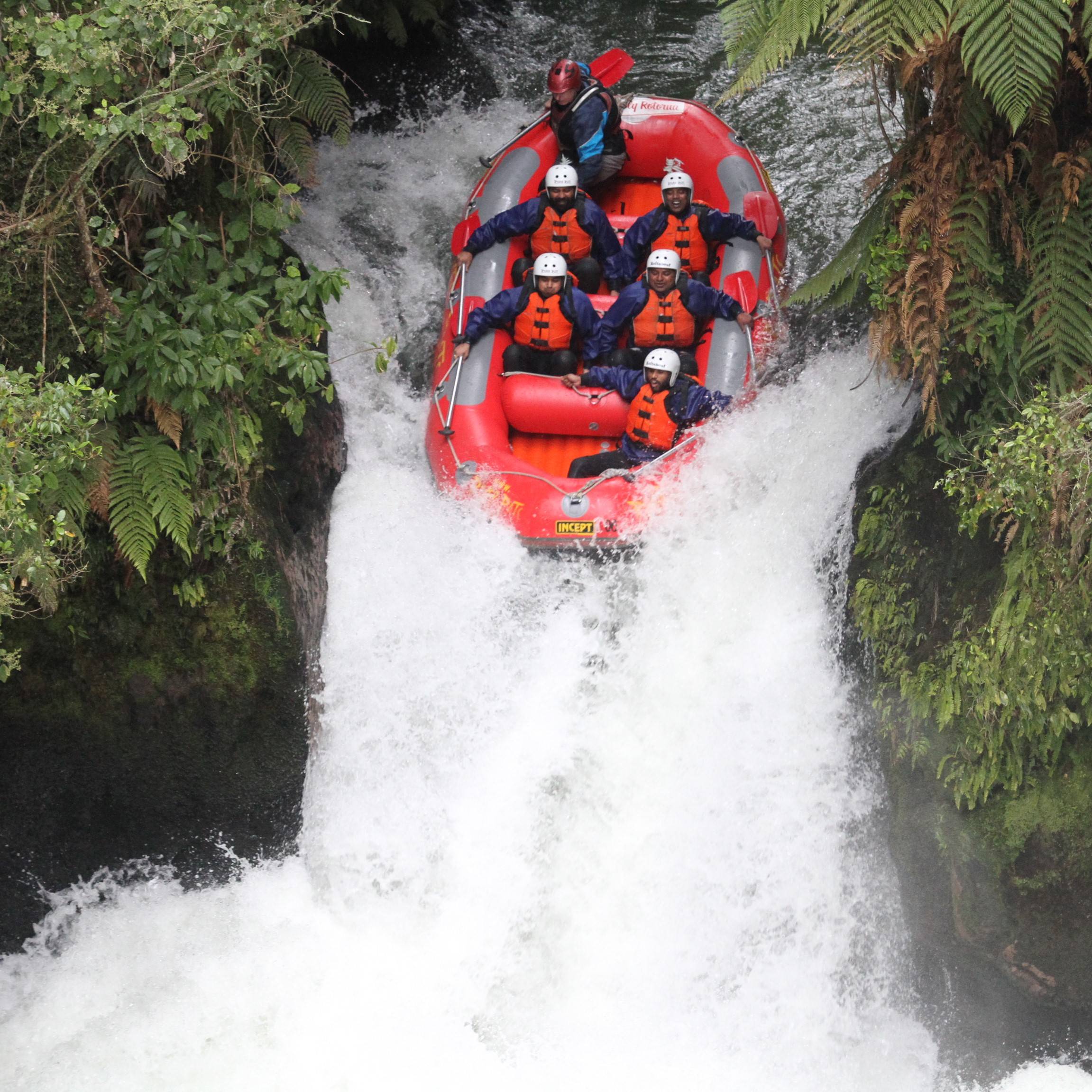 I was particularly excited for this rafting trip as the Kaituna is known as having the world’s highest commercially rafted waterfall – the 7-metre Tutea Falls, and boy did it not disappoint! We were given the option of pulling out before the drop, walking around the waterfall instead, but there was no chance of that – we just had to hold on and hold on tight. Our guide mentioned that there was a possibility of our raft flipping and ending upside down, it happens to about every 1 in 5 rafts. Lucky for us, we landed upwards, but not before screaming at the top of my lungs in excitement/fear.

Our enthusiastic guide kept us entertained the entire 50-minute journey and regaled stories of different scenarios he’d seen before. Fast and furious, we rode through a stunning gorge clad with native bush. Normally, I’d be on my phone taking shots of everything, but lucky for us, River Rats had one of their team, Barry, stalking through the bush and taking shots of us throughout the journey – though some of these photos were less than favourable – the faces!

Through one rapid we were able to swim down away from the raft and were told to go down tummy-first and when in doubt, hike up into a ball. Swimming to the raft was a whole other experience, the rapids were so quick you had to move fast. Nearing the end of our journey we went ‘surfing’, where two passengers were sat in the front facing forwards, as we paddled into the rapid, they were expertly drenched. 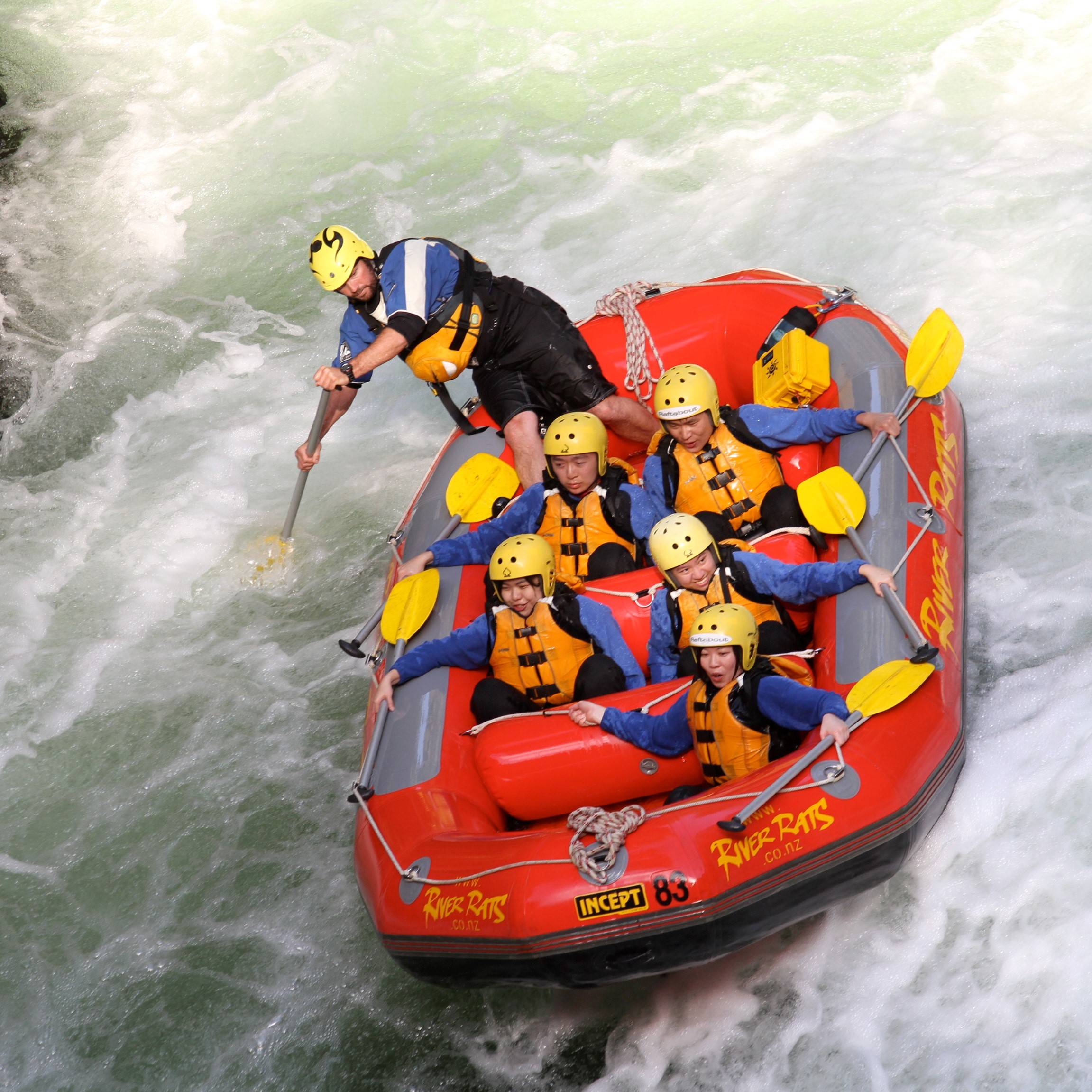 Before we knew it, the ride was over and it only left me wanting to do it again, and again and again.

River Rats have been offering quality adventures for over 35 years now and are pretty impressive at what they do. They are locally owned and it’s evident that their team of staff love what they do. They offer rafting, kayaking, and sledging options and truly offer something for everyone. Whether you’re looking for a scenic raft trip, suitable for the little ones, a great team building exercise or you’re a bit of an adrenalin junkie, let River Rats provide an experience you will never forget.